Decide Whether To Use Horizontal Or Vertical Integration For Your Business

If you’re a marketer then you are obviously very familiar with these two terms, but! If you’re not, then allow me to explain a summarized version of both.

“Horizontal Integration, or better known as Lateral Integration, is a strategy that businesses used to strengthen their hold in the market by acquiring similar business to them.”

Example: A prime example to briefly describe horizontal Integration would be the Heinz and Kraft Foods Merger. The companies with a similar business model merged on 25th March 2015 and massively increased their worth by reaching a total of $46 Billion.

“Vertical Integration, a way that helps you reduce the overall cost by merging with entities that provide similar products as yourselves. Hence distributing cost between the two, and gaining a boost in profits due to merged shares, and production capacity.”

Example: Alibaba one of the biggest e-commerce website all across Asia is the supreme example for vertical Integration. To increase profits and gain more market share. Alibaba has gradually built its dominion on the market by acquiring several factions of different industries. Including the delivery and payment sector.

Now that you have a gist of these two integrations, the real question is which one would of these two is going to help you get the most out of your business during the time where everything’s been, put on hold.

SIDE BY SIDE COMPARISON BETWEEN THE TWO INTEGRATIONS

No one knows what the future holds, and no one can imagine how the business world is going to be affected after this virus ceases to an end. But what everyone does know and believe in are cold hard facts. Here is a list of images depicting scenarios on how both Integrations would perform.

During a crisis, one needs to think outside the box rather than dwelling into an abyss of foolish choices. Horizontal Integrations confirmed that mergers could bring in a hefty buck, but if a pandemic such as Covid-19 is to occur the odds of merger succeeding jousts down exponentially. On the other hand, Vertical Integration functions via online, so the revenue-generating from its online endeavors don’t get affected as much as the people who follow the technique of Horizontal Integration.

Heinz, and Kraft both have a similar niche, and both also have a high market value. When merged, they resulted in a significant amount of profit. But they are still confined to the boundaries of only conquering the food industry a prime example of how horizontal Integration can hinder your growth in only place, but! If you are to look at Ali Baba, an e-commerce giant, you can easily see that it still has the potential to grow even now, and its potential will only increase. Why? Because of how it’s incorporated multiple business niches under a single platform. This factor can allow Ali Baba to gain access to all of the top contenders’ products from anywhere around the globe.

Horizontal Integration focuses on the functioning of its physical entities to bring in a pretty penny, but when the whole world stops. The physical entities also come to a halt, hence, bringing massive damage to the business instead of generating a decent revenue to keep the company afloat. But with the vertical integrations online marketing techniques, the corporations always get a pretty penny no matter the situation, and this is all because of how Vertical Integration emphasizes to keep moving forward into different niches instead of sticking to one.

The verdict is quite clear after going through the images if you’re deciding on whether horizontal or vertical Integration is the best way for you to go, relies entirely on your business idea. If you are working on a single niche, and have money aside for a massive leap in the industry through outlet expansions and mergers, then go horizontal. And if you’re looking for a diverse business idea where you can use multiple products and can partner up with different entities that manufacture similar products at a low price, then vertical will be perfect for you. 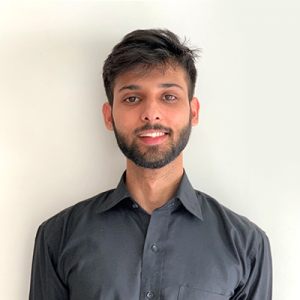